If you want to know about dishes to eat in Busan, be sure to check out this Busan 2 Day Itinerary.

Korean Barbeque – The  most popular things to eat in Korea

My personal favorite is Samgyeopsal (삼겹살)!! Samgyeopsal is pork belly.  They are not marinated (which in some American restaurants (which I won’t name) they marinate, GROSS!!).  The Korean way of eating Samgyeopsal is with sesame oil and salt. You dip it in the sauce before you wrap it.  Galbi (갈비) is also very delicious which is a rib. Additionally, Korean BBQ is typically eaten with lettuce, rice, meat, and sauce.  You place the rice in the lettuce, you add the meat and add Doenjang (된장), Gochujang (고추장) or Ssamjang (쌈장). Doenjang (된장) is a bean paste, Gochujang (고추장) is a pepper paste and Ssamjang (쌈장) is a mix of both.

Also, known as black noodles.  This is considered to be Chinese, however, I have only seen this meal at a Korean/Chinese restaurant.  You might be hesitant to try it because it does look different. This dish isn’t spicy. Furthermore, the black sauce is poured over noodles and you mix it together.

This is pretty much the Korean pot sticker or dumping.  This is very popular during the New Year. I like it fried, but oftentimes it is put into a soup.  Enough said!

Pretty much the Korean version of a burrito bowl, LOL.  This has all the fixings, veggies, meat, eggs, rice, and a spicy sauce.  It is usually mixed prior to eating.

This Korean dish is made with sweet potato noodles. This is one of the most popular things to eat in Korea.  Moreover, if you have had Filipino food, I like to think of it as the Korean version of pancit. I know most of you will probably say you can’t compare Japchae to that, but I just want people who are not Korean to know what to expect when eating it.  Additionally, there are veggies, meat, and other ingredients depending on who makes it.

This is one of Korea’s famous spicy chicken feet dishes. The chicken feet fall off the cartilages which makes this dish very good. It should be served with ice-cold beer and is usually eaten to help with collagen reproduction. You will see many older women eating it to help get firmer skin. This dish can be quite spicy and reminds me of buffalo wings for some reason.

This is a very popular traditional Korean street food dish found in South Korea. Many families and restaurants make this dish because of how easy it is to make. This dish is made of rice flour and depending on the kind you want, kimchi, seafood, or just plain vegetables. My favorite by far is the Kimchi Pancake.

Similar to the Korean Pancake, this is a mung bean pancake usually filled with meat and veggies. This is another traditional Korean street food item you can easily find at Gwangjang Market. This is one of my favorite street food growing up. It can be a little greasy and heavy, but these are cheap and easy to eat.

This is a typical street vendor food but can be found in restaurants as well.  It is rice cake put in a spicy sauce or broth. Veggies are sometimes added.

Things to eat in Korea – Soups and Stews

If you have tried kimchi and you love it, then you will definitely love this soup! Kimchi Jigae is a kimchi stew.  I typically like to put my rice inside this soup for the flavor. There is a lot of flavor to it. Soft Tofu Stew is similar to the kimchi jjigae with added ingredients like meat and tofu.

If you can’t really do spicy foods, then I suggest you try doenjang jjigae. It’s similar to a miso soup except added with bigger chunks of tofu, zucchini, and some other vegetables as well. It’s a bit different tasting that miso soup but still some similarities. It’s usually served at some Korean BBQ places and it’s totally worth eating.

Also known as a cold noodle soup.  It is made of long, thin noodles and served cold.  Moreover, this is a very popular meal during the summertime!  Additionally, there are two different types one called mul-naengmyeon, which is served in an icy cold broth made from beef or chicken and the other called bibim-naengmyeon, which is served in a spicy sauce.

When Korea was poor, the US military helped provide aid to South Korea. They provided all the varied types of processed meats like ham, spam, hamburgers, and more. Since this was often the only type of meat Koreans could come by at the time, they created a soup called budae jjigae or army soup. It is a spicy red soup filled with all these types of meat and sometimes added with cheese, tteok, mandu and more. This soup is absolutely delicious and worth trying because of its long history. It’s recently become a pretty popular dish recently in Korea and made a comeback.

This soup is typically eaten on the first day of the dog days of summer. Samgyetang is chicken soup to help replenish energy and reminds me a lot of chicken noodle soup without the noodles. It’s just a basic chicken broth soup with a whole chicken.

This soup is primarily made with beef short ribs, hence the name Galbi. It is also filled with a variety of vegetables and typically topped off with some sliced omelet style eggs.

This is a spicy fermented soybean paste stew. This soup is more commonly eaten during the winter months, however, sometimes people are unable to get over the bad small from fermented soybeans. It isn’t everyone’s cup of tea, but it’s still delicious nonetheless.

Seolleongtang is also known as ox bone soup. This delicious soup has the meat literally falling off the bone which makes this soup so delicious. This soup has more of a milky broth from simmering for long periods of time. The bone marrow is what makes this soup absolutely delicious.

We typically eat this soup during the Korean or Lunar New Year. Tteokguk is a sliced rice cake soup and a traditional Korean dish. This soup is of milky consistency and tastes absolutely delicious. It is a staple that is eaten quite frequently in Korea.

Similar tasting to tteokguk with its milky consistency. This delicious soup is filled with mandu and sometimes filled with tteok or rice cake as well. This dish is served during new years as well since Mandu is typically made homemade during the new year holidays.

Things to Eat in Korea – Desserts

This is a popular Korean dessert.  Some are similar to Filipino Halo-Halo and others are completely different.  Some have tteok (떡), which is a rice cake and others do not. Bingsu is shaved ice with fruit and different types of toppings. This is a popular food to eat in Korea for people that have a sweet tooth. Additionally, this is one of my favorite things to eat in Korea.

Hotteok (호떡)- My personal favorite thing to eat in Korea

This is a sweet treat filled with brown sugar, sunflower seeds and sometimes nuts.  This is very delicious and often sold at street food vendors.

Rice Cakes usually filled with sweet red beans or a sweet sesame brown sugar filling. They are delicious and usually served around Chuseok as a typical Korean Thanksgiving dish.

This is a sweet rice drink that is served as a dessert. It contains grains of cooked rice and in some cases pine nuts. This drink usually is served after a meal because it helps promote or aid digestion because of fiber and anti-oxidants.

One of my favorite childhood sweets, this breaded fish is filled with sweet red beans. You can find them in a lot of street food vendors who sell them for very cheap. They are absolutely delicious when served hot and fresh. Usually, they sell them 3 for 3,000 won ~ $3USD.

Where to eat in Seoul, South Korea

Is this your first time traveling to Korea? Be sure to check out my posts about South Korea below.

What are some of your favorite Korean dishes to eat? Leave your comments below. DISCLAIMER: Oftentimes you will find that I’ve included links to certain hotels/tours/products/services. If you purchase anything through these links, I’ll receive a commission. It won’t cost you anything extra, but it will help keep this blog up and running. 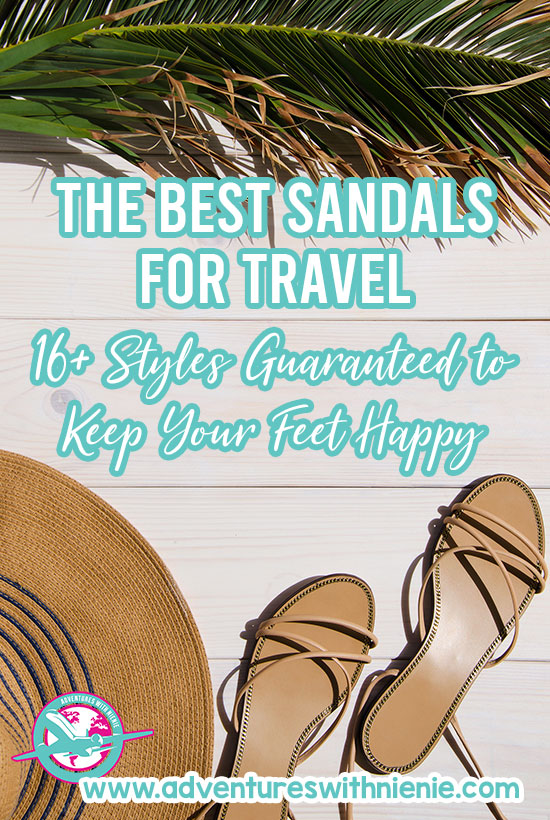 Summertime is the perfect time to travel. The sun is shining, the birds are singing, and the breeze is blowing. What could be better? One of the best things about… 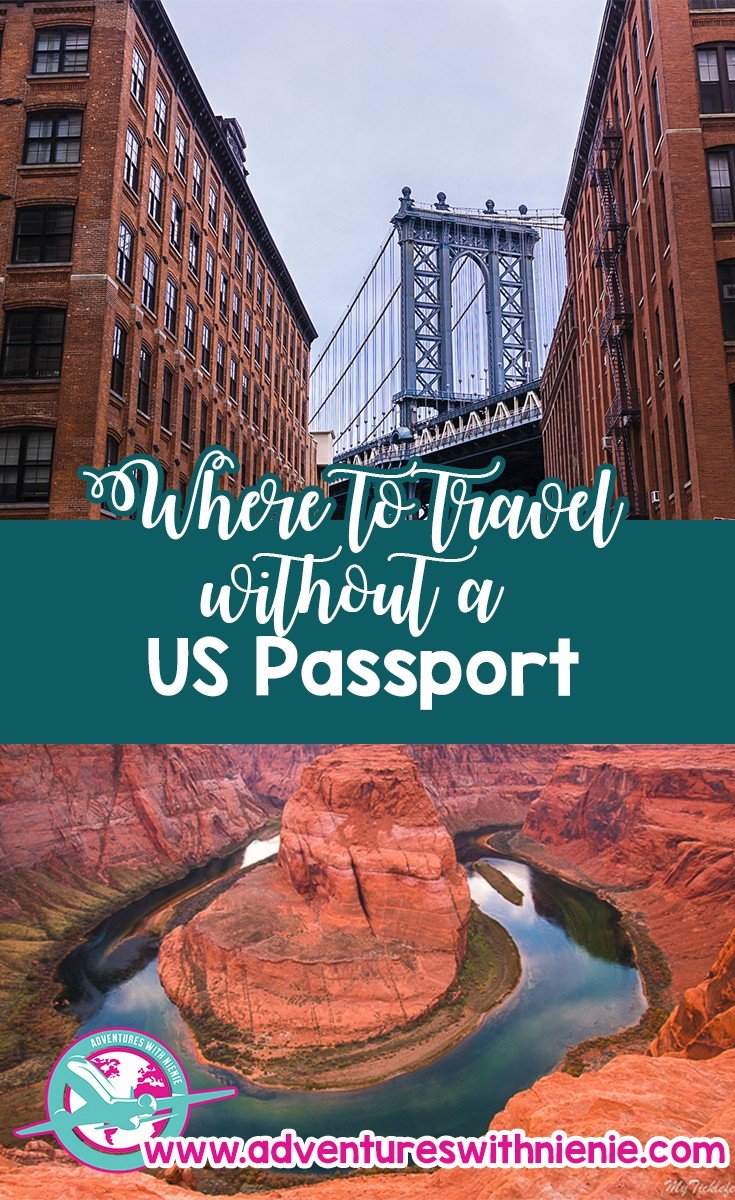 Are you a US Citizen that wants to travel? However, do you not have a passport or you want to travel or vacation without having to worry about needing a… 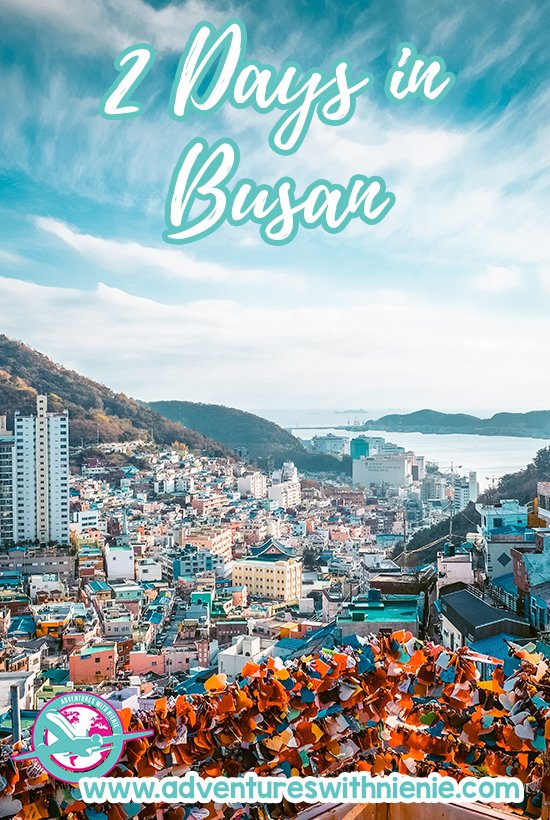 Busan is a popular city located in the southern part of South Korea. It’s the second-largest city in South Korea with Seoul obviously being number one. Busan is a coastal… 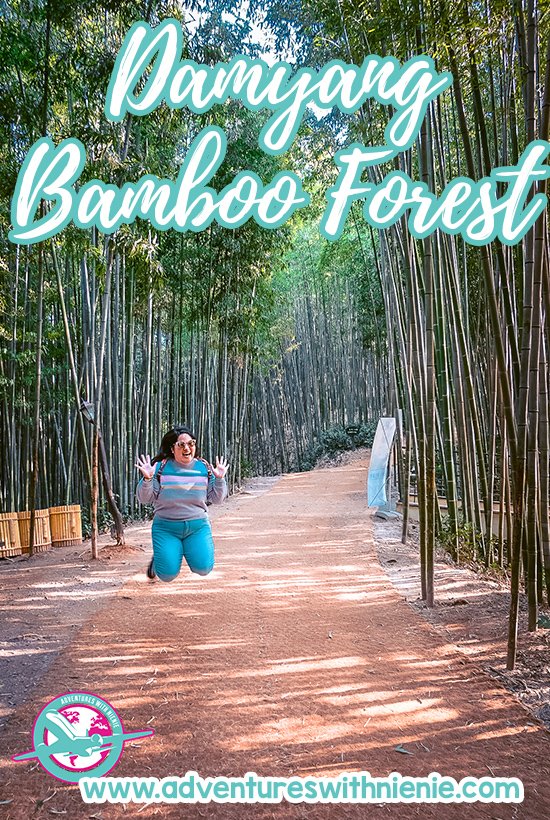 When people think of visiting South Korea, bamboo forests aren’t really something they considered to see. I think most people when they hear the term bamboo forest they want to… 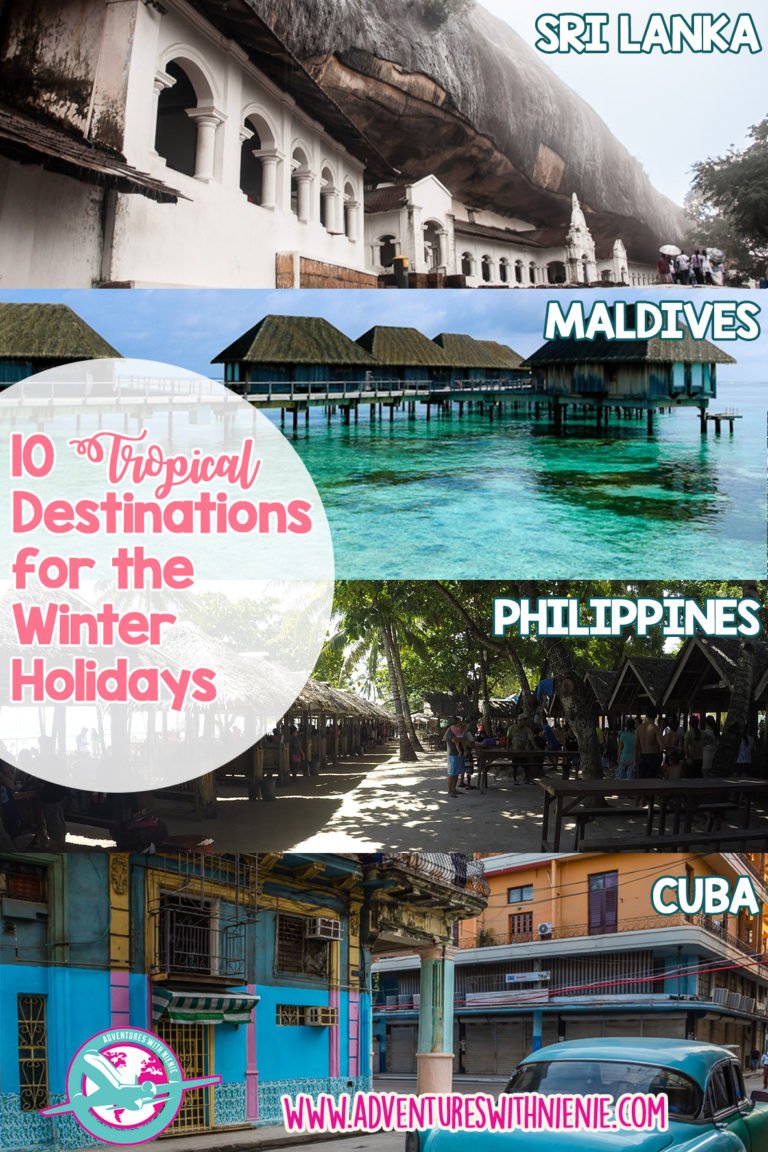 Ahhh the holidays, it mostly smells like fresh baked goods, large portioned meals, warm drinks, quality family time and the excitement of winter vacations. For me, it used to mean… 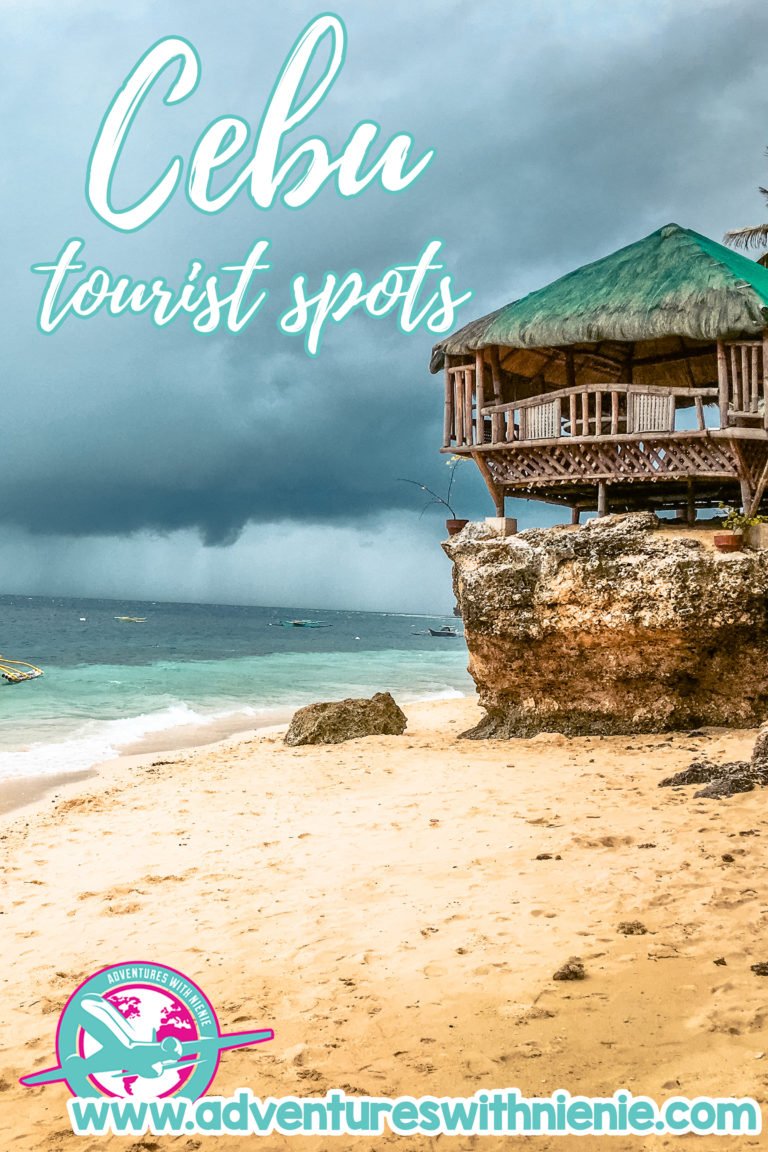 Cebu Philippines is one of my favorite places to visit and preferably the best place to fly into and out of in the Philippines. There are a lot of south…

Welcome to Adventures with NieNie!

안녕! Welcome to Adventures with NieNie! I am NieNie, a Korean American, that has a passion for travel.

I live without borders, so why not create a blog that reflects that by being eclectic and go outside the box.  I am here to inspire, create and motivate.  Enjoy!

BUY ME A COFFEE

We use cookies to enhance your browsing experience, serve personalized ads or content, and analyze our traffic. By clicking "Accept All," you consent to our use of cookies.

This website uses cookies to improve your experience while you navigate through the website. Out of these, the cookies that are categorized as necessary are stored on your browser as they are essential for the working of basic functionalities of the website. We also use third-party cookies that help us analyze and understand how you use this website. These cookies will be stored in your browser only with your consent. You also have the option to opt-out of these cookies. But opting out of some of these cookies may affect your browsing experience.
Necessary Always Enabled
Necessary cookies are absolutely essential for the website to function properly. These cookies ensure basic functionalities and security features of the website, anonymously.
Functional
Functional cookies help to perform certain functionalities like sharing the content of the website on social media platforms, collect feedbacks, and other third-party features.
Performance
Performance cookies are used to understand and analyze the key performance indexes of the website which helps in delivering a better user experience for the visitors.
Analytics
Analytical cookies are used to understand how visitors interact with the website. These cookies help provide information on metrics the number of visitors, bounce rate, traffic source, etc.
Advertisement
Advertisement cookies are used to provide visitors with relevant ads and marketing campaigns. These cookies track visitors across websites and collect information to provide customized ads.
Others
Other uncategorized cookies are those that are being analyzed and have not been classified into a category as yet.
SAVE & ACCEPT
Powered by